He is a graduate of Faculty of Law and Administration at Jagiellonian University in Cracow (2011). He presented his Master’s thesis on: "Joint and several liability of the investor and the contractor for the payments to subcontractors in the light of the provisions of Civil Code on  the construction contract".

He won the third prize in the Lewiatan Arbitration Moot Court, organized by the Polish Arbitration Court, Lewiatan (2012).

He gained his professional experience working for law firms in Cracow, where he was responsible for a comprehensive legal service to entities conducting business activities, in particular in scope of corporate law, contract law and court proceedings.

He acquired also experience at international level during his internship in Polish Embassy in Ankara (2009), law firm Arthur Cox in Dublin (2010) as well as working for European Commission, Directorate General for Communications Networks, Content & Technology (2016).

His professional interests are focused on corporate law, legal aspects of handling real estate transactions and contract law, with particular focus on construction contracts and IT contracts.

He is fluent in English and German.

At present he manages his own law firm. 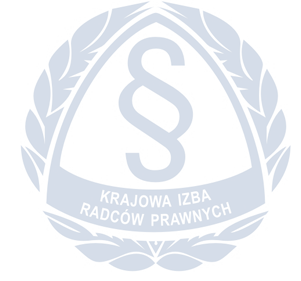